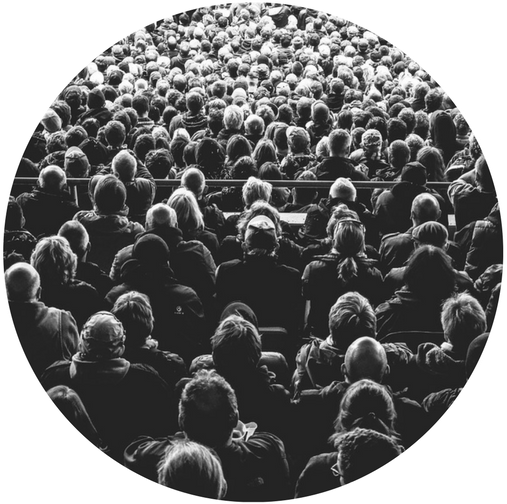 Sunday 26th February saw film lovers across the world tune in for the 89th Academy Awards, held at the Dolby Theatre in LA.

To mark the occasion, we dedicated this post to the film industry—specifically, its evolving relationship with ecommerce fashion brands.

“No content strategy will be complete in 2017 without video,” predicted ecommerce consultant Katie Polivka in our ecommerce trends report last December, and—with 60 per cent of marketers now using video in their marketing—we’re inclined to think she’s right.

Here are nine Oscar-worthy short films from retailers, kicking off with the most recent and working our way back to 2013.  We hope you enjoy them as much as we do!

Shot by French film director Loïc Prigent, “Paris by Alexa Chung” is a series of three, documentary like videos following model and fashion personality Alexa Chung around the city of light.

In each video, we join Chung on her on her mission to “discover what it means to be Parisian”. From observing that the women are “very, very pretty but not perfect” to christening a snail hidden in her bouquet of flowers “Alfred”, Chung manages to engage an audience through her signature sense of humour and unique sense of style.

As for Loïc, he successfully makes the series professional without being overly serious, and his lingering shots of beautiful, sunlit leather bags are enough to leave anyone longing for Longchamp.

As well as being included on the homepage of its website, these three videos have been shared on the brand’s social media channels, with a plethora of snippets and behind-the-scenes shots on its most popular platform: Instagram.

With the slogan “Spring/Summer 2017 styles to die for”, this Louboutin campaign takes on the theme of a murder mystery (and a very glamorous and colourful one at that).

The premise? A myerstious agent, “clad in Christian Louboutin’s S/S 17 Collection”, is spotted causing trouble, and it’s up to three fashionistas to discover the culprit’s true identity.

The mini-thriller finishes with a freeze-frame shot – a trademark of 80s cinema – followed by the classic caption “to be continued”. This nice cliff-hanger finish leaves an audience wanting more, thus creating room for future filming.

“Whatever happened to Bellofficier?” isn’t the first time the French brand has taken on a murderous, whodunit plot for a campaign. For Louboutin’s S/S 16 Collection, the brand published a video entitled “Who killed Amazoula?” to its YouTube channel, inviting viewers to help them “crack the case”.

Released on Valentine’s Day, this evocative SS17 campaign “make love not walls” set tongues wagging across the advertising world and beyond.

Directed by David LaChapelle, the short film is about “tearing down the mental and physical walls that separate us” and letting “all sides come together in the name of unity and love”.

Set to the addictive “Higher Love” by Alex Vargas, the #makelovenotwalls story is beautifully told by stunning cinematography, dreamy dance moves and spellbinding close-ups of a Diesel clad cast persuing their right to love.

Inspired-by and shot in London, the campaign served to introduce Burberry’s fragrance for men – “Mr. Burberry” – in April last year. Despite this, the video doesn’t focus too much on the scent, but rather the role the scent plays in the passionate relationship between the two protagonists.

The film features zero dialogue; instead, the story is brought to life through the evocative song, “I won’t complain”, performed by Benjamin Clementine.

Interestingly, it was shot on 70mm film which, according to Mr McQueen himself, was a “unique proposition” as there are only around six of these cameras in existence in the world. “What I wanted to engage with was a special, sensual moment in time for these two lovers, which was intimate but in actuality was epic,” he explained.

For its launch, the brand reportedly featured the film’s full-length director’s cut – as well as behind-the-scenes clips – on Snapchat.

When it comes to film, Kate Spade really is jack of all trades. From quirky animation to simple but effective product demos to guest vloggers, the brand’s YouTube channel is brimming with content. The most award-worthy of which being its #MissAdventure series.

The first episode, which piloted in 2014, follows the “misadventures of a madcap heroine” and stars actress Anna Kendrick.

Fast-forward a couple of years and the series is still going strong and, whilst Kendrick is notably absent, still features some of today’s hottest acting talent – namely GIRLS star Zosia Mamet.

Whilst each episode uses an abundance of Kate Spade products as props – from the lipstick stained polka dot tea cup to the white and black bow chemise – this doesn’t distract from the video’s content, which is genuinely awesome.

Funny, engaging and lighthearted, the acting rocks and the filming is top of the class. Keep the seasons coming, we say…

Who remembers the video “First Kiss” from three years ago?

The idea came from Wren clothing founder Melissa Coker for the brand’s Fall 2014 campaign, and was brought to life by the Georgia born film director Tatia Pilieva.

Shot in black and white, the film witnesses 20 strangers kissing for the first time. With the song “We might be dead by tomorrow” by French singer Soko playing in the background, an audience is left spellbound as each couple approaches one another – filled with trepidation.

The film quickly went viral, and is today remembered more as an innovative, telling piece of art opposed to an ad.

“Once Upon A Time”

This 18 minute short film comes from German octogenarian Karl Lagerfeld – head designer and creative director at Chanel (as well as Fendi and his own label).

The fictional film is set in Deauville (a seaside resort in Chanel’s native France, known for the American film festival) in 1913, and Gabrielle Chanel has just opened her first ever shop with the help of her “aunt” Adrienne.

Thanks to its black and white colour scheme, classic costumes and archaic props and set, the film exudes a turn of the century charm. This authenticity is reinforced via its adoption of the French language (even if this doesn’t last for the entire duration).

Despite the decision to keep Knightley’s distinct English accent, the short film is engaging and professional and – were it an hour longer – we’d buy a cinema ticket to watch.

The One: “Street of Dreams” a Martin Scorsese picture

Next up comes another black and white number, this time from “Taxi Driver” director Martin Scorsese.

The pair – clad in stunning D&G getup – are depicted cruising around a derelict NYC before pausing on a rooftop apartment to reminisce about the good old days.

Just like McConaughey’s character is “the one” for SJ, so D&G’s fragrance is The One for anyone watching the film. Classic.

Okay, enough of black and white cinema – now for some colour. And who better to provide it than “The Grand Budapest” film director Wes Anderson.

Written and directed by Anderson, the short film – released in 2013 – follows a Formula One  driver (played by actor Jason Schwartzman) who finds himself stranded in a remote Italian town during the 1950s.

After debuting at the Rome Film Festival, the eight minute film was extremely well received and quickly went viral.

The short film was financed and distributed by Italian fashion powerhouse Prada, and followed in the footsteps of the luxury brand’s 2012 collaboration with Roman Polanski for the short film “A Therapy”.

If you think your brand has some thespian, cinematic potential that’s yet to be discovered, we hope this blog post inspires you to find it!

Most of the retailers listed above are luxury brands, however you only need to look at Christmas ads from the likes of H&M, John Lewis and M&S to see that high-street shops are steadily following suit.

Also, bear in mind that, thanks to smart phones, you no longer need a *massive* budget to create awesome video content. Whilst we’re yet to see a video 100% filmed on a iPhone nominated for an Oscar, it’s only a matter of time before one is.

Here are a few ways your brand can create and distribute video content on a shoestring budget:

1. DIY recording | Use your smartphone to create quickfire video content that showcases your products.  There are a range of apps you can use to speed up the pace of the video, to ensure consumers stay engaged (n.b. if creating a video using your iPhone, make sure it is optimised for desktop too). You can then share your video on your chosen channels – the most popular of which being YouTube, Vimeo, Facebook and Instagram (but more on the latter below).

2. Instagram video | The maximum video length on Instagram is 60 seconds – just enough time to post a product demostration, mini tour of an office/warehouse or snippet from a longer ad published on your website or YouTube channel. The nice thing about Instagram video is that you can apply a filter to it at the end. This can be particularly effective if you’re aiming to create a certain “look”, such as vintage.

3. Hyperlapse | Instagram recently blogged about Hyperlapse – an app enabling users and businesses to create “smooth time lapse videos where shaky footage is fixed for you”. You can see how one retailer – Vintage Electric Bikes – uses the app to create good quality video content by clicking here.

4. For a mega short video clips, turn to Instagram Stories | Record a short video using Instagram Stories and publish to your feed. As the story will only stick around for 24-hours, this feature is perfect for time-sensitive recordings – for example, announcing a sale or documenting an event (such as fashion week).